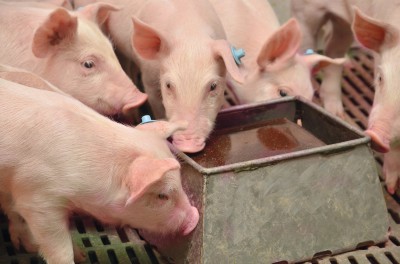 Offering the rooting and licking mixture Piglyx to piglets has a positive effect on their behaviour and increases the feed intake.
Effective occupation pays off in many ways

In piglet production, a wide range of manipulable materials are used. Apart from playing chains there are many more materials used to provide diversion to piglets in the rearing pen. If and to what extent the occupation provided in the pen has an influence on the biological performances of the animals is often unknown, though. That was reason enough for AGRAVIS Raiffeisen AG to have the organic manipulable material Piglyx examined with regard to selected performance parameters in an independent long-term study by the University of Osnabrück.

For this study, a total of 304 piglets housed in the swine nursery building of a farm were available during the 56-day rearing period. One half of the animals served as experimental group, the second half as control group. The experiment was repeated once. Offering the rooting and licking mixture Piglyx to piglets has a positive effect on their behaviour and increases the feed intake.

Both the experimental and the control group were kept under the same conditions apart from the kind of manipulable material they were offered. While the experimental group had access to the rooting and licking mixture Piglyx, the manipulable material for the control group was a playing chain with an attached rubber ball. The collected data included the feed input, the amount of rooting and licking mixture eaten in the trial pens and the individual animal weights of both groups. These data were statistically evaluated after the end of the 112-day trial phase. 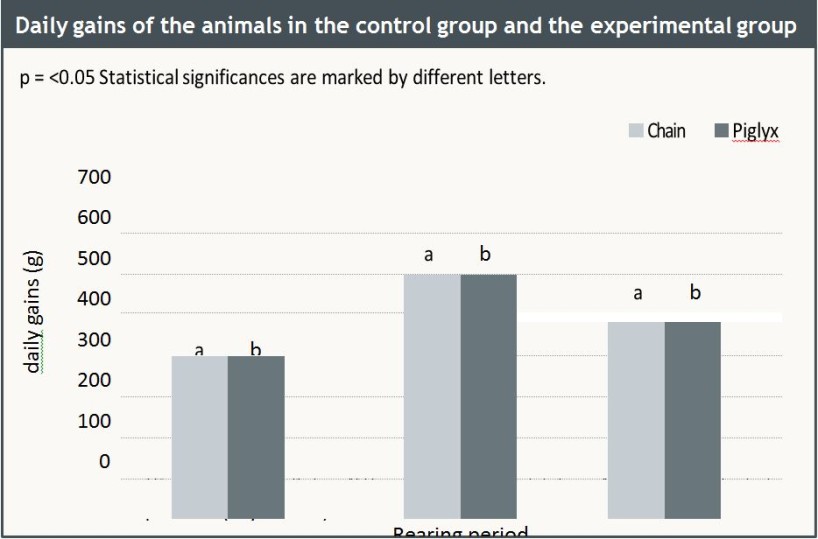 The evaluation of the entire rearing period revealed that the daily gains of the Piglyx group were statistically proven to be increased by 20 grams compared to the piglets offered a playing chain in the pen. This resulted in the experimental group having a leading edge of 1.12 kilograms of live weight at the end of the rearing phase compared to the control group. As could be expected, there were no differences between experimental and control group regarding the feed efficiency during the trial phase.

During the 56-day rearing period, the average consumption of rooting and licking mixture was between one and four grams per animal and day in the experimental group. This results in a calculated Piglyx consumption of 140 grams per rearing piglet on average.

These results impressively demonstrate that offering an attractive manipulable material non-hazardous to health such as the rooting and licking mixture Piglyx not only has a positive influence on animal behaviour, as has often been observed in practice, but can optimise the biological performances in piglet rearing as well.